If you are a fan of fashion, you've likely seen Zoolander many times...I've lost count for myself, and today will be another viewing. The characters of models Derek Zoolander and Hansel are dynamic and so quirky, you want to watch them longer than just one movie. After 15 years, (slated for 2016) they will return for a sequel, Zoolander 2!!! I way too excited about this!!! According to the cast, Ben Stiller's wife, Christine Taylor, will return as Matilda Jefferies, in addition to Will Ferrell's villainous designer character Mugatu. In true fashion icon style, they finished the Valentino Fall Winter 2015/2016 show. The roar from the crowd shows that this movie still brings joy to fashion mavens. 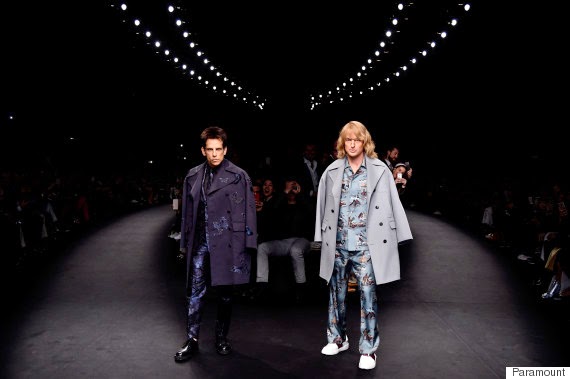 While I'm working on my best Blue Steel face, watch them walk a real runway at the Valentino runway show from Paris Fashion Week.

Here is the full runway show, in case you are curious.

Your fashionista bonus, is this Instagram photo of Anna Wintour, editor of Vogue magazine, with Derek and Hansel.

Speak no evil. See no evil. Hear no evil. Derek #Zoolander and #Hansel are back! Photo by @kevintachman backstage at @maisonvalentino. #Zoolander2
A photo posted by Vogue (@voguemagazine) on Mar 10, 2015 at 7:16am PDT