Yesterday, I made a Sweeney Todd costume, so of course we needed a Miss Lovett costume too. This version of the character is played by Helena Bonham Carter (Tim Burton's wife). If you aren't familiar with the film, "Sweeney Todd: The Demon Barber of Fleet Street", I suggest watching it if your into horror and musicals. She's a baker with the "worst meat pies in London". She meets Sweeney Todd who used to live/work above her bakery many years before. Through a chain of events, a revenge plot is formed where Sweeney Todd kills certain people with his barber razor. She chops them up and uses the "meat" to make meat pies, that London raves about. She's also madly in love with Sweeney Todd. When I was a kid, I saw a play on TV with Angela Lansbury playing Miss Lovett.

For this costume, you need a long a-line black or dark grey skirt, a red camisole, a sheer black or dark grey half sleeve top or jacket, a black underbust corset, fingerless lace gloves, short boots, and of course a meat cleaver and rolling pin. You might have a few of these things already. If not, you can likely find them online, second hand, and in a Halloween store (the props). For the hair and makeup, check out the video tutorial below. 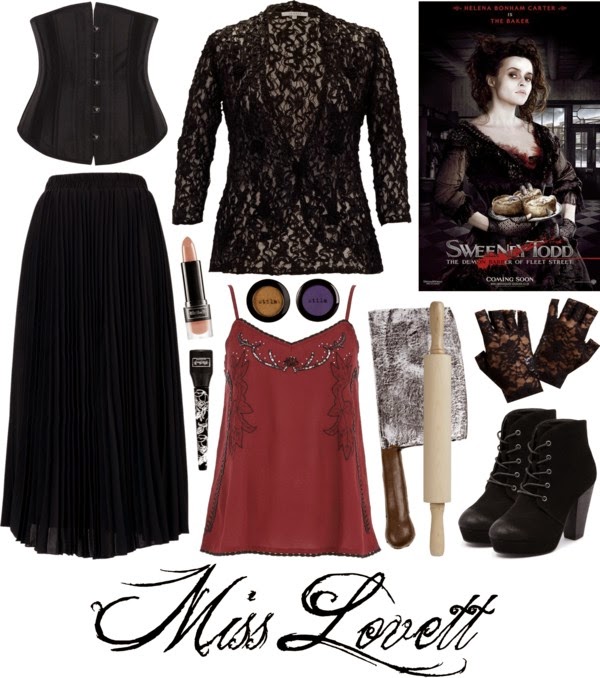