I've been a fan of Pee-Wee Herman since I was a little kid. I've seen all of his movies, Pee-Wee's Playhouse, and some of his more adult themed comedy before Pee-Wee's Playhouse was toned down for kids. One of my favorite movies is "Pee-Wee's Big Adventure", which was created by Tim Burton. Like the movie poster states, it's "The story of a rebel and his bike". If you haven't seen it, it's a must. There are a lot of characters you can pull from it for costumes. The costume below is Pee-Wee's classic look...grey suit, white shirt, bow tie, white loafers, and white socks. I included a bike bell, as a ode to the film and his bike. However, the one from the movie is a tiger, which would be harder to find. This can be a unisex costume, depending on your hair length or willingness to wear a bald cap and short wig. 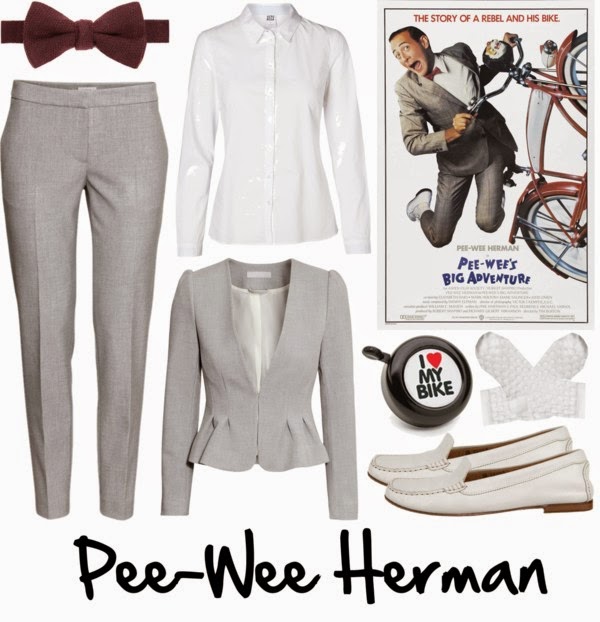