Friday, Noah and I went to Hull Street Outlet to film a short video for League of Space Pirates: Summer Break. Since my character is an assassin (though in reality, I'm very peaceful), I choose weapons shopping as my summer break theme. Hull Street Outlet has a huge Military Surplus section, and the guys were super excited to help us out. I decided to break away from my normal costume choice, and do something a bit more deconstructed. I used an old pair of Army camo pants and various fabrics to create a bustle belt. For my necklace, I strung plastic army men onto ribbon. The rest of the costume, I already had on hand...and really, I had the other materials on hand too. 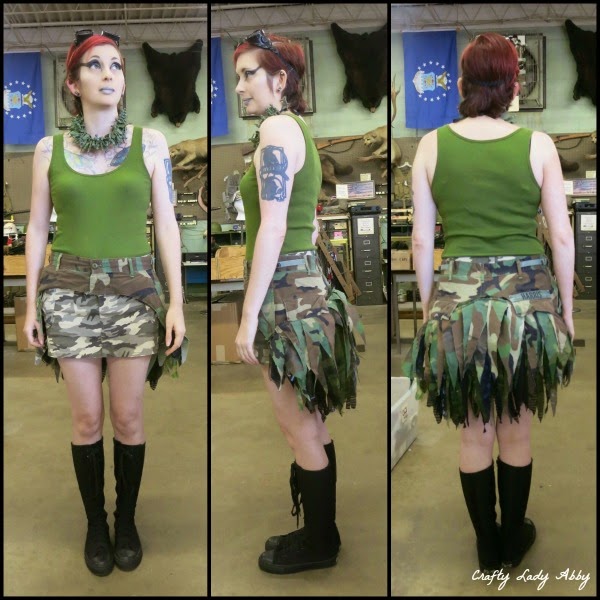 Noah took the costume photos and shot the video.


Here is a look at my makeup. For the video, my lips were an ombre of black and grey NYX lipsticks. However, I ate lunch with my parents before returning home, and removed my lipstick then. I'll do a review of those lipsticks some time this week, and you'll be able to see what that the ombre lips looked like. 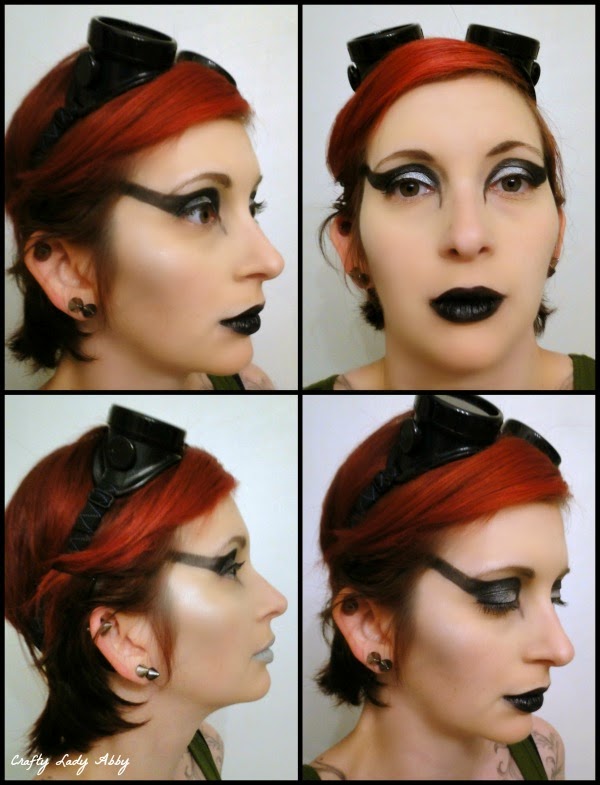 I used Maybelline Color Tattoo in Audacious Asphalt (It's a dark grey. The black one isn't available in the USA.) and Silver Strike as colored bases. On top of that, I used Sugarpill Bulletproof (black) and a silver Jane eyeshadow. I used small flat brushes to apply that precisely. My eyeliner was running out, so I wasn't able to do the liner like I wanted. 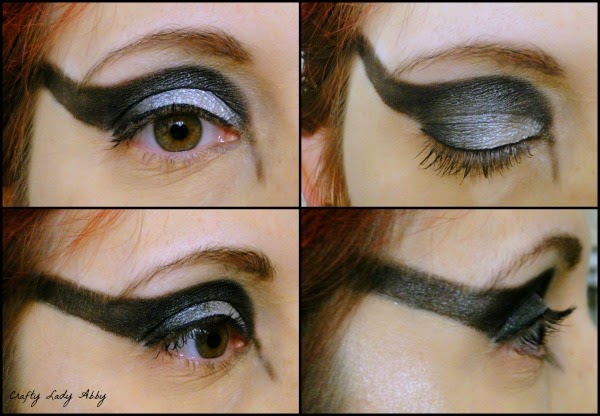 My allergies have been rough lately, so despite keeping my skin moisturized, my eyes were super dry and my dark circles more pronounced. 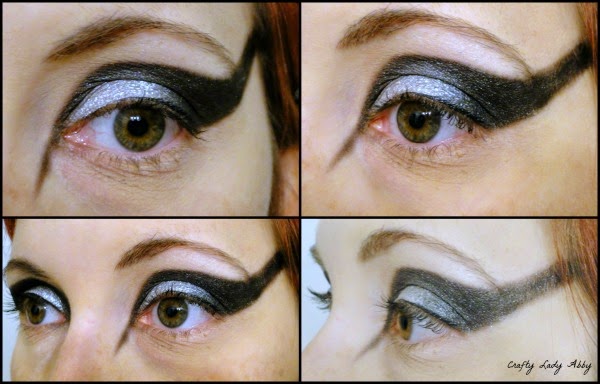 The other band members should have their videos done soon, and up on our YouTube channel. We've been on summer break, because a couple band members have newborns. We'll be back to regular live broadcasts, come August.
Email Post
Labels: chroma costume league of space pirates makeup