Sweetie, darling, it's Absolutely Fabulous. Of course, by now you might realize I'm talking about Patsy Stone & Edina "Eddie" Monsoon played by the comedy duo Joanna Lumley and Jennifer Saunders. They play fashion obsessed PR agents who lives involve booze, drugs, shopping, and thinking they are indeed Absolutely Fabulous. I first saw the show on Comedy Central, when I was a young teenager, while visiting my grandparents, aunt, and older cousins. We didn't get Comedy Central in Richmond, but oddly they did in this small town. My guy cousin lets us watch what ever we wanted on Comedy Central. I was hooked as soon as I saw my 1st episode. I think I've seen every episode since then. I wanted to be them...well at least raid their wardrobes, ride in limos, and hang out with celebs. Their style is often outlandish...well Eddie's is. Be glad I didn't choose Bubble...that's a scary territory.

Since they were early style icons for me, I chose them as the first "Style Icons" to share with you all. I have a wide range of style influences, which you will soon see. I talk about that often, but I was missing the visual aspect that better explains this. Ok, onto the photos of Patsy and Eddie. 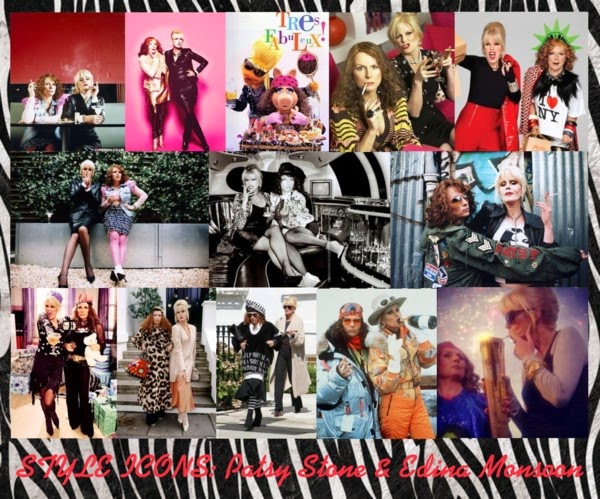 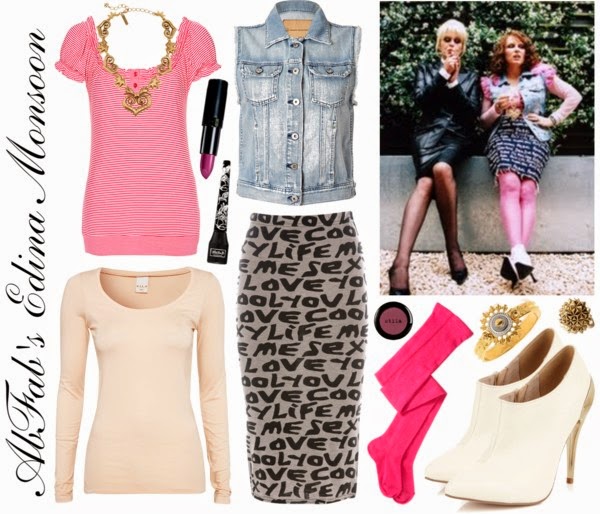 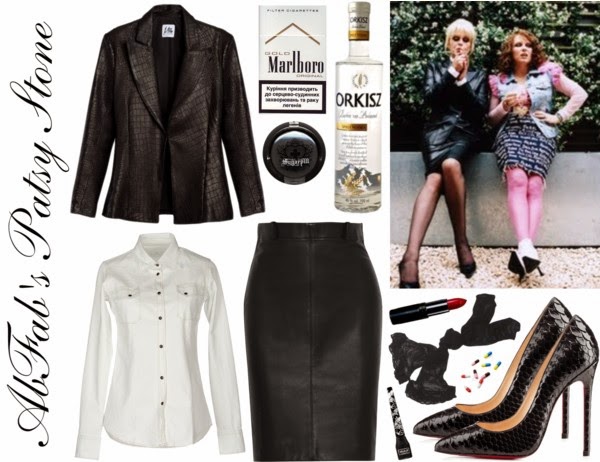