It's been a while since I've done a Dia de la Abby post with Skull-A-Day. I've been busy making all sorts of things...some without skulls. Egad! Several with though. We'll get to those later...some with tutorials. Also, another thing I haven't done in a while. I've been busy. Anyway, this pumpkin is inspired by these Lace Inspired Pumpkins by Alisa Burke and papel picado (Mexican cut paper). I used a black paint pen, and followed the lines of the pumpkin, to create this repeating design. It's not perfect, but pretty good for a 1st try. I'm planning out a design for a carved pumpkin, which I will create closer to Halloween and write a tutorial for it. 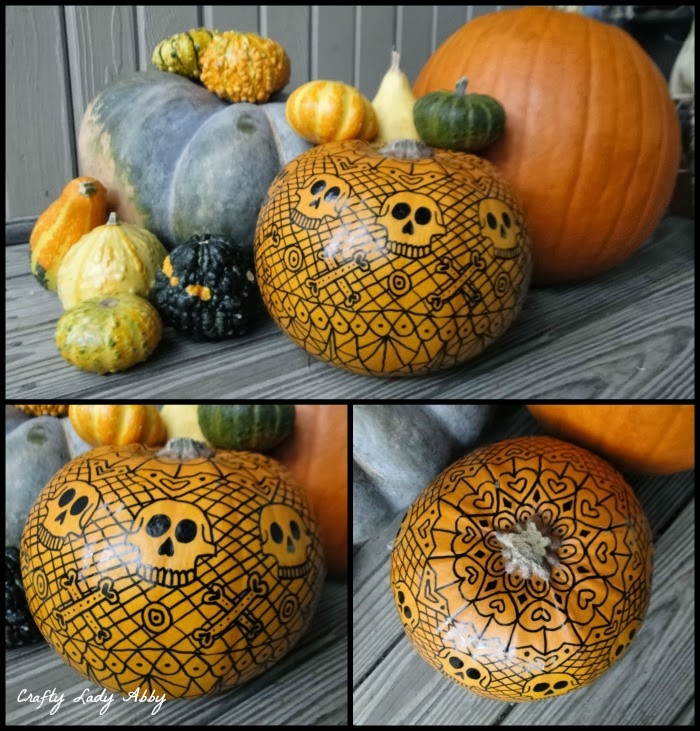