Today, the full League of Space Pirates band headed to Snakeoil Recording to record one of the last two songs, "Firefly", for our upcoming album. I got a few shots of the guys getting ready to record. Wednesday, we record our last song for this album. It's been a fun learning experience. We have lots of things planned for releasing this album. We've been focused on finished up the album, so now that the recording part is almost complete, we can start working on promotions.


These are my bandmates, Noah, Bruce, Mike, and Alasdair. Dan-O of Snakeoil Recording is in the foreground, setting up the recording of the instruments. 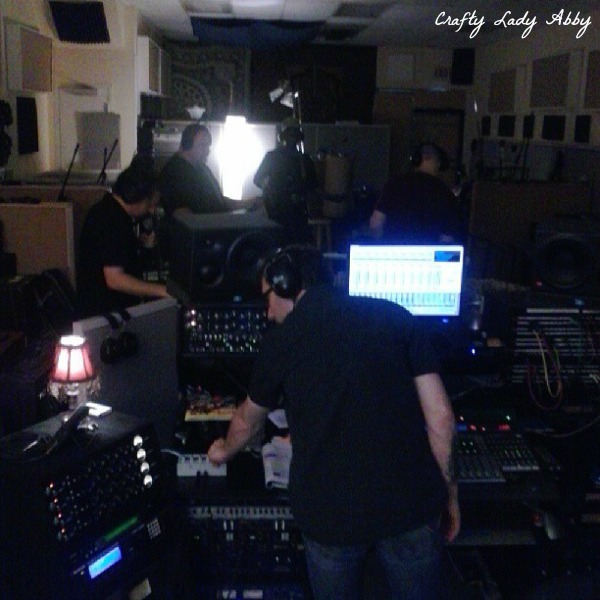 Bruce (electric guitar), Mike (electric bass), and Alasdair (keytar...tuned to a harpsichord) were starting to play, so we could make sure the sound was picking up correctly. 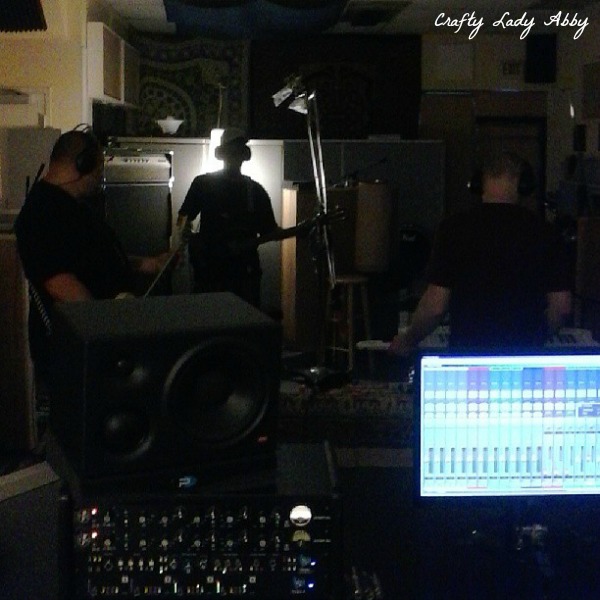 After the guys were finished playing their instruments, Noah recorded his vocals. We broke for lunch. Then, I finished up by recording my vocals. This was the longest recording day for us, but it went smoothly. The music has a much nicer and richer sound when it's the full band. It will be interesting to hear the full album when it's finished as the band has transformed from just Noah and Carlos (who does the electronic backing track) into, a 6 person band. Carlos doesn't need to be physically with us when we record and perform, since he's already completed the backing tracks for each song. I'll make a separate update about recording on Wednesday, if there is anything significantly different about that day.
Email Post
Labels: league of space pirates