Recently, I modified two Nerf Guns into Space Pirate Guns, for our band League of Space Pirates. I decided they needed a decorative box to use on stage. I wanted to be able to open the box to our captain, so he could choose his weapon, so the box had to be stage worthy.

I bought a decorative paper box that has nice hardware (closures, handle attachment, and hinge) and is big enough to hold both guns, with intentions to alter the appearance of the paper parts. For the outside, I covered the box paper with crumpled and light colored torn tissue paper, and Elmer's glue, using a technique similar to this one, but with a foam brush. After the tissue paper and glue was dry, I painted two coats of black acrylic paint, with a foam brush, and small brush (for the areas beside the hardware), all over the new textured outside. I made sure all the textured crevices were covered I avoided the hardware, since I like it's color. After the 2nd coat of paint was dry, I dry brushed on silver paint to highlight the texture and complete the leather like look. In this case, alien creature leather. I cut off the faux leather handle and added a doubled over chain.

For the inside, I wanted it to both protect the guns, and look neat when opened. For the bottom area, I used hot glue to attach fitted pieces of a black quilted cotton. I did the gluing in small sections, since it drys fast. This also helped for re-positioning. For the top, I carefully applied Elmer's glue in small sections to adhere silver wrapping paper. I did the large area and side with one full piece of paper, but it can be done in separate pieces, which is probably easier.

After the paper was dry, I added our large Ubercorp sticker inside, since in our Space Pirate world, Ubercorp makes everything... "We make it. You buy it." is their slogan.

This the first time I've ever done something like this, so it's not perfect, but it's great for stage use! I plan on making protective bags for the guns, so the paint won't easily chip while being stored. Nothing special. I'll probably use some of the left over quilted fabric, and some cotton for lining. 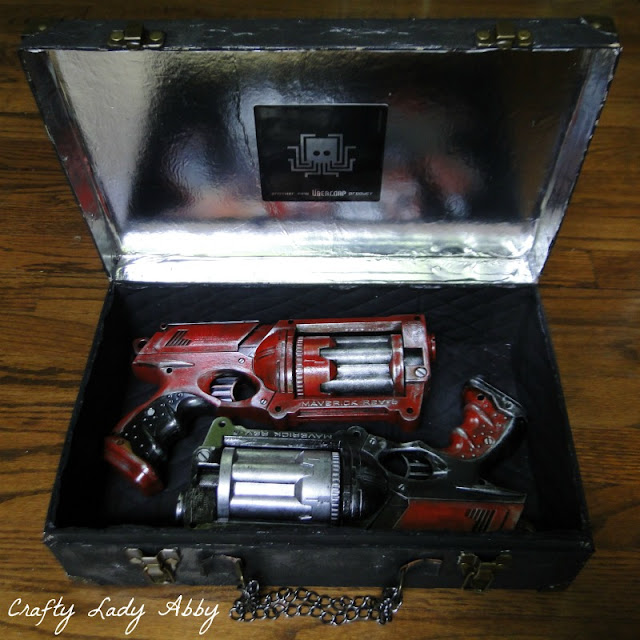 The closed box. All of the sides have the textured paper. 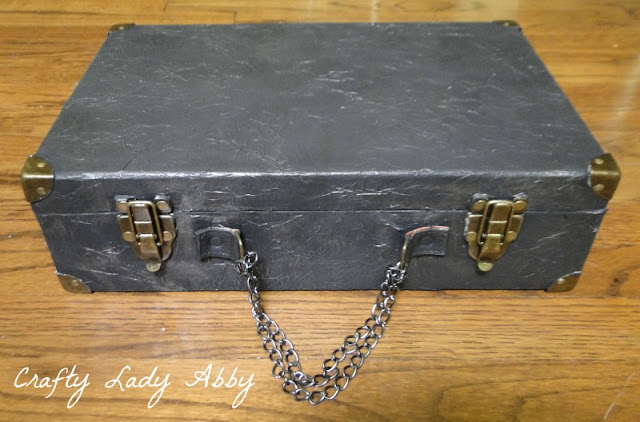 Another view of the outside

Close up of the textured paper. 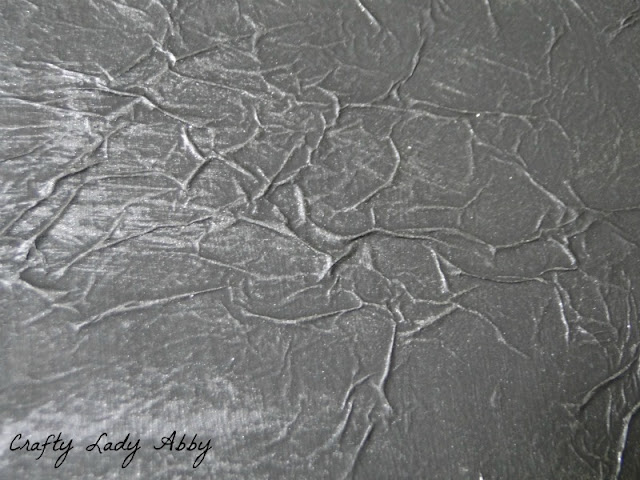