When I 1st started working with League of Space Pirates (LoSP), Noah excitedly gave me two Nerf Maverick dart guns to modify with paint. He send me some photos of his favorite guns. It wasn't an immediate need to modify them, so I finished up a lot of other more immediate projects in the mean time. About a month ago, I started the process of painting them. Yesterday and today I finished them up.

There are several tutorials for modifying this style gun, which require the gun to be taken apart. This is one reason there was about a 6 month delay between receiving the guns and modifying them. I finally gave in and decided I would tackle it. However, neither my husband or myself could unscrew the tiny screws. So, plan B happened...lots of tedious spray painting to cover the bright colors...mostly yellow and orange...with black paint. Still, the yellow isn't completely covered...but don't look too closely. John, my husband thinks that the small amounts of remaining yellow on both guns is amusing. Both guns still operate as well as they did before painting, which wasn't very well.

I used two photos as references for painting these guns, this mostly red version and this mostly black version. I choose to not sand down any writing (many mods of this style gun do this), so it can easily be identified as a toy gun at performances and while traveling. Each gun was base coated with a clear plastic primer and a black plastic formula spray paint. That was the end of the guns being directly sprayed. I did use red, silver, and chrome spray paint for the details. Onto the plastic trashbag I work ok, I sprayed a small amount of the color I was using. I used a foam brush to apply the red to the mostly red gun, and small stiff brushes to dry brush on the other colors. I "distressed" the edges and details of both guns by lightly dry brushing on chrome paint. I wanted the paint to look like it had worn down to metal. Use the spray paint for the hand painting worked great, because the spray paint all bonds well to each other and the gun. Acrylic paint is water based, so it wouldn't have adhered as well, nor would it have the same nice appearance. I used a silver fine tip Sharpie to paint the "screws".

Ok, enough explaining, on to the photos. 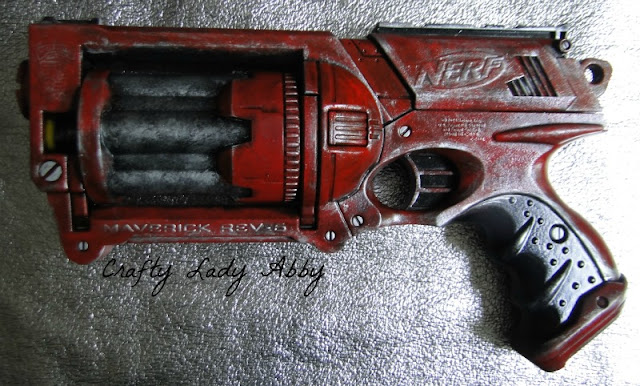 The other side of the gun looks a bit different. 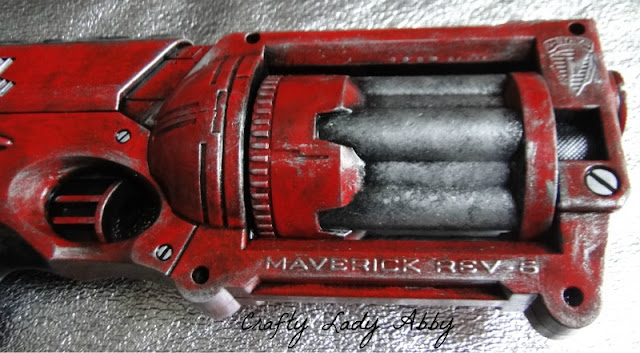 There is silver and chrome paint mixed together and dry brushed onto the chamber section. 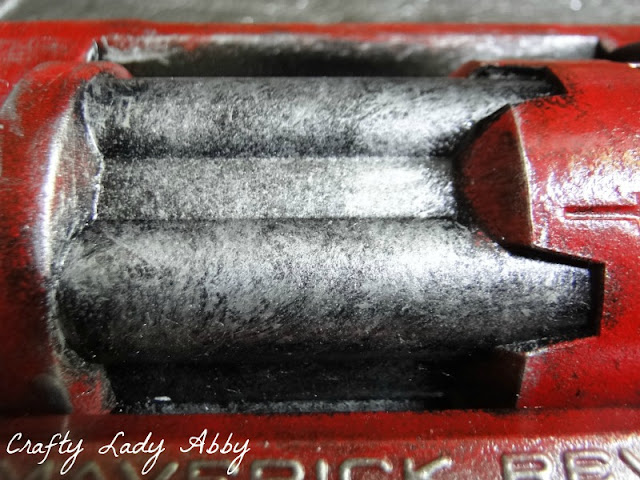 The top of the gun. 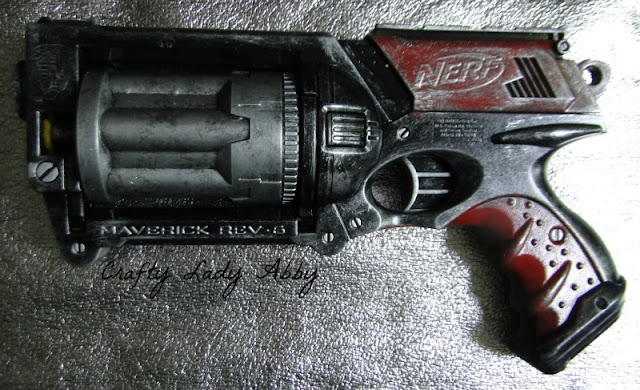 This barrel has silver paint dry brushed on in multiple layers. 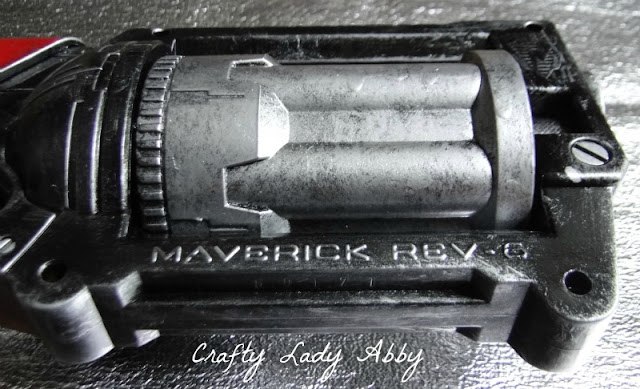 The red paint crackled in the handle area, so I dry brushed chrome paint in lightly to highlight the crackle. 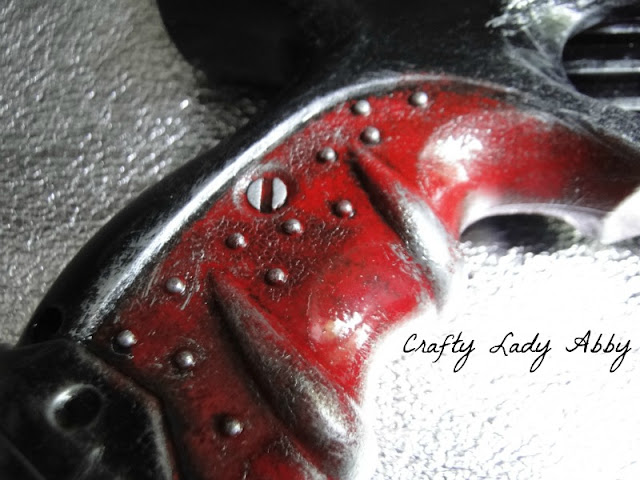