Since New Years Eve is Saturday, I felt the need to make a sparkly skull with confetti. I used the rough cut confetti, vs the kind that is stamp cut into defined shapes (balloons, hats, stars, etc.). This was a fairly easy (but messy) project that can be used to create any shape. My daughter used a similar technique with cut up tissue paper to create a snowman, cat and snow flake. I'll include her finished photos at the bottom. 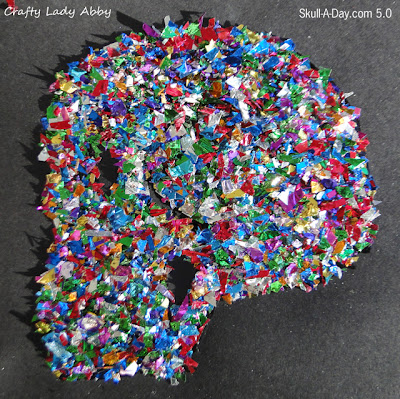 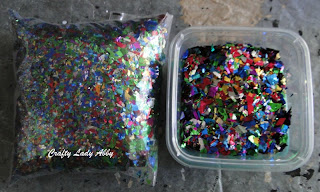 2) With the white colored pencil, light draw your design on the black paper. 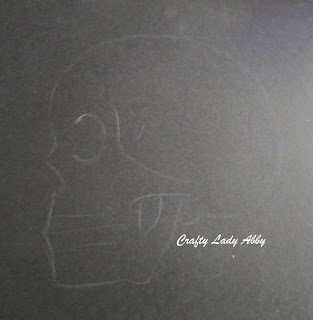 3) Within the design area, apply the glue to the paper in small area (about 1 inch by 1 inch). The glue dries quickly, so you want to work fast and in small sections. 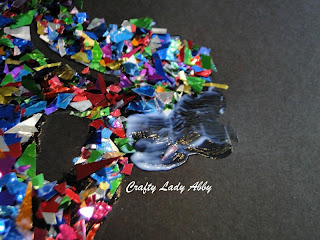 4) Sprinkle small amounts of confetti onto the glue areas. Press down with fingers if needed. This is the messy part, since glue is sticky and confetti is clingy.

5) Keep doing steps 2 and 3 until the design is filled in. It won't be perfect, but you'll be adding a second layer eventually. You will probably still see black gaps of paper (the shiny black areas) Let this layer dry for a few hours. 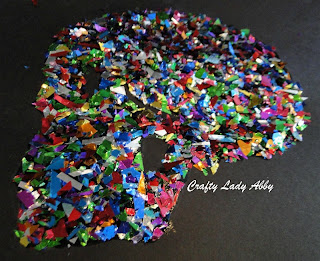 8) Let the piece dry for a few more hours.

9) Apply the Modge Podge on top of the confetti. Modge Podge acts as a glue and a sealer. This layer of only Modge Podge will seal in any loose confetti and give the piece an even gloss.

10) I recommend using a normal frame for this vs a shadow box one. This will keep the confetti from falling, should any confetti stop adhering to the paper. Mine size paper fits into an album frame. I bought it because it did...for my 1st Skull-A-Day project. It's come in handy for a few more projects since then.


Alex's Designs:
She used cut up pieces of tissue paper, Elmer's white glue, a bigger old brush, a pencil, and sketch book paper to make hers. Tissue paper is probably easier for kids to work with than the confetti. Since you will probably have a lot of confetti left over from your project, definitely let the kids try to work with it too. 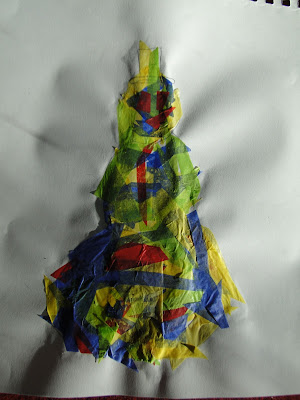 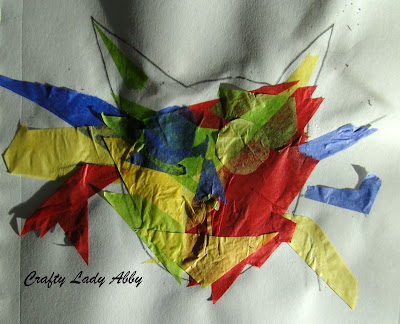 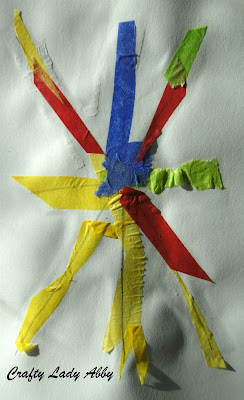