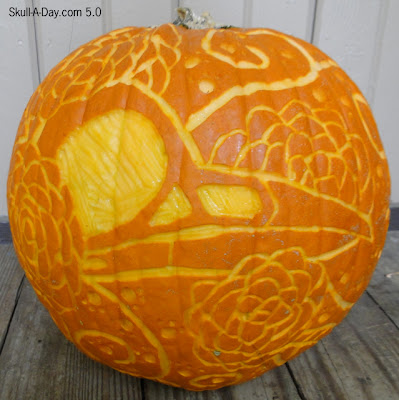 1) Use a few wet paper towels to wash off any dirt on the pumpkin. Use a dry one to dry the pumpkin off.

2) I tend to sit my pumpkin on my lap, but if working on a table works better for you, feel free to do so. Regardless of the surface you choose, cover it with paper towels. I had a large one spread across my lap...more like stomach to catch any pumpkin juice an peelings.

3) On the pumpkin, use the pencil or pen to draw out your design. If you use a pencil, you should making firm lines in the pumpkin. Be careful, because pumpkins are slick. If you are using a pen, lightly draw with it. I used an image of a raven skull as a guide to draw it. I free handed my design, but you can use a template or stencil if needed. I drew the skull and large flowers before carving. I drew the vines and leaves after carving the flowers and vines.


You can see some of the bird skull and flowers. This is lightly sketched with a ball point pen. 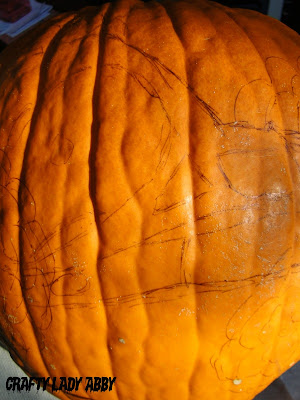 4) Look at the carving tools. With the small U blade, carefully carve and refine all the lines you drew. I carved the skull and flowers. The pumpkin might start oozing pumpkin juice. This is sticky, so have your paper towels handy. Go slow and be careful. You can't put back what you remove. Put the removed pieces in the bowl. 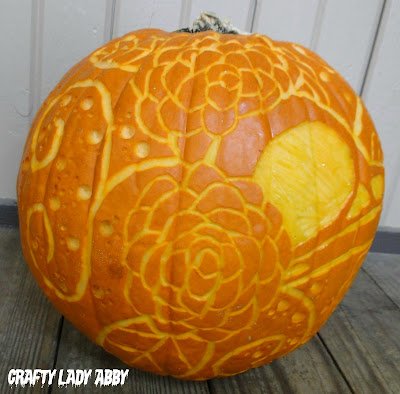 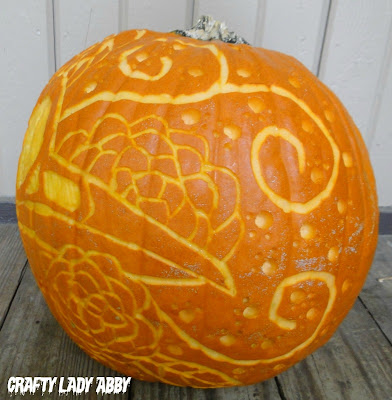 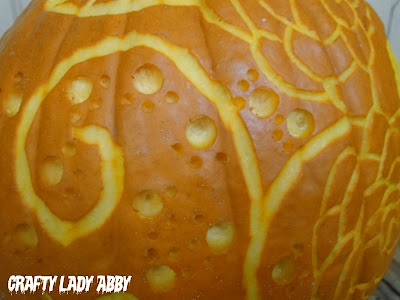 
Last year, my pumpkin lasted for months because I never hollowed it out. I was surprised that it didn't start rotting as quick as I thought it would. When I threw it out in December, it was still nice looking. The carved areas had dried nicely.
Email Post
Labels: birds dia de la abby dia de los muertos flowers halloween pumpkins raven skull a day 5.0 tutorial