Many of us have memories of making S'more with scouts, family or friends...or for me, all three. These yummy and simplistic treats are hard to make at home is you don't have fireplaces, grills or gas stoves...or just want to use something faster, less dangerous and won't cause your asthma to go into shock. I'm that last one, because I do have all three "appliances". I love toasted marshmallows, so I did some research on dessert recipes that use chocolate, graham crackers and marshmallow to create unbasic yummy treats, without the use of a fireplace.
I predict drool forming when you see these photos...
BAKING
Oven Baked Smores
I thought we should start with something basic. This is a much easier way to make perfect s'mores. 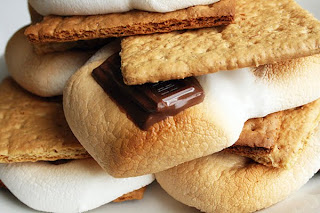 S'more Brulee
I've had creme brulee and love it. S'more Brulee is a different take on a French classic. I would eat it. If you don't like the "Creme", use pudding, a brownie or ice cream instead. If you don't have a blow torch, for everything, but the ice cream, you can toast or broil these in the oven for a few seconds to crisp the marshmallows. Caramel would be good on these too. 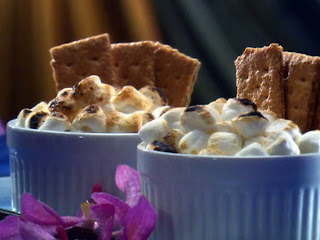 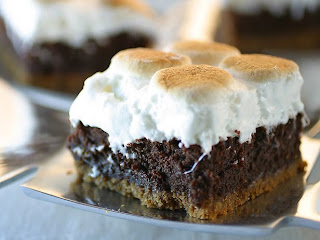 S'more Crescent Puffs
This is a really simple way to make a basic dessert more gourmet. I would sprinkle the tops with cinnamon and sugar to give the dessert some added flavor. 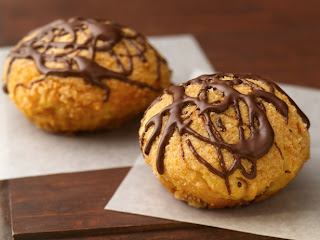 S'more Pizza
If you want something a bit different than this, try using Pillsbury crescent roll dough. Form the dough into a pizza sized circle or square. Bake until golden brown. Add mini marshmallows, ground up graham cracker crumbs, and chocolate chips. Sprinkle with some cinnamon. Bake again until the marshmallows are toasted and the chocolate has melted. Optional, smear peanut butter on the crust before adding toppings. 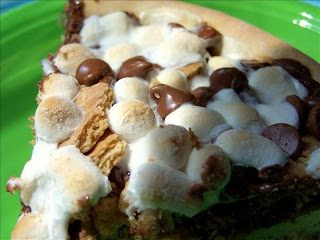 Chocolate Graham Cracker Cupcake with Toasted Marshmallow Topping
This is a fairly extensive cupcake recipe, but the presentation is lovely.

ICE CREAM
S'more Please Sundae
I wouldn't call this a "sundae". It's more like a huge ice cream sandwich. Still, it's a yummy idea. 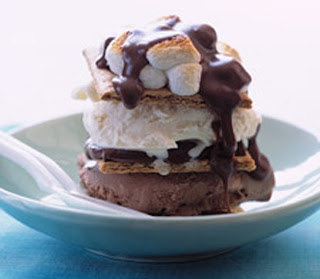 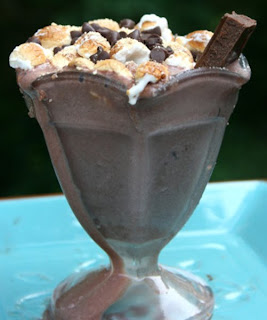