Since I was a kid, I've been fascinated with themed party foods. Halloween is my favorite holiday, so of course, I had to write a couple posts featuring some great spooky themed foods. Since most parties are not sit down dinners, I decided instead of entrees, I decided that appetizers would be better. I will put desserts in a separate post. Here are some of my favorite spooky appetizer finds...
Bloodshot Eyeballs
One of my favorite party foods is deviled eggs, so for this post, I wanted to find one that looked like eyeballs. I was happy that I came across this one. 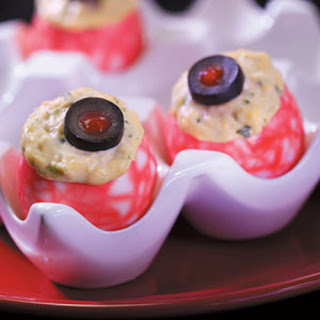 Crescent Mummy Dogs
I know from eating lots of these, that the crescent roll dough with the hot dogs is a tasty combination. I prefer mine with Texas Pete Honey Mustard. 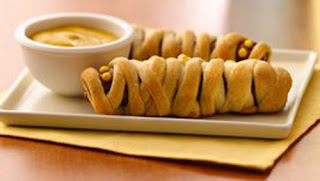 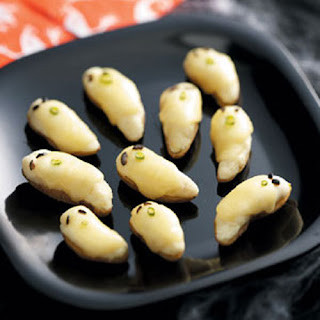 Salty Bones
These would be good with nacho cheese dip. A nice variation would be sprinkling shredded cheese on top vs. salt and dipping them in marinara sauce. 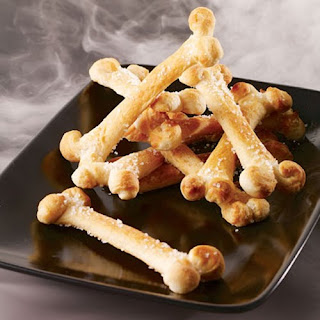 Goblin Dip with Bone Crackers
What party is complete with out some type of dip? Even if you aren't a fan of bean dip, these bone crackers are really neat and could be used with other dips too. 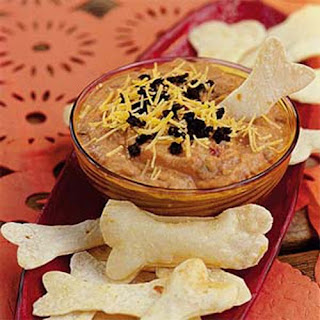 Spooky Spread
This recipe is a nice take on a cheese spread, but I'm more interested in the presentation. I love how they put the spread in a hollowed out pumpkin. This is a great idea for baby pumpkins. 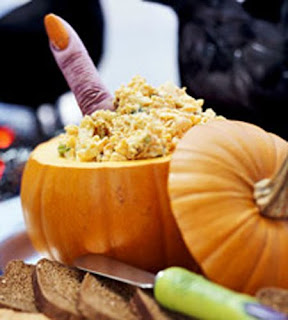 Spicy Pumpkin Seeds
Including a pumpkin seed recipe is sort of a given. This also works as a food similar to peanuts, but more festive. 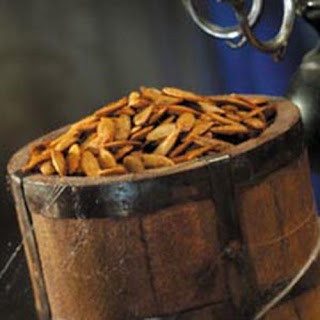