A few years ago, I decided to learn a new craft every year. One year, I choose crochet, which I'm excellent at now. Another year, I chose origami. The only one I consistently remember how to make is a traditional Japanese lily. My Japanese friends say it's one of the hardest to make, which makes me, a non-Japanese person, more excited that I memorized how to make them. Since it is a flower that requires a lot of folding, the paper can get worn and tear if it's not a good quality...though, I've made them out of paper menus, candy wrappers, club fliers and of course origami paper. Essentially, all of them are very fragile in paper form.
A few years ago, I saw a video tutorial of someone who used stiffened cotton fabric to make origami boxes. Boxes have less intricate folding, but the idea of creating a stiff box out of fabric stuck. I plan on playing with that idea and making the Japanese lilies out of stiffened fabric for the hair. I will also embellish them with beading and embroidery. I also want to make other flowers, bugs and creatures.
I've made many of these in paper form, but here is some inspiration for using origami.
Silk Origami Butterfly Broach
This particular seller has other uses for this style butterfly. I suggest checking out her creations. 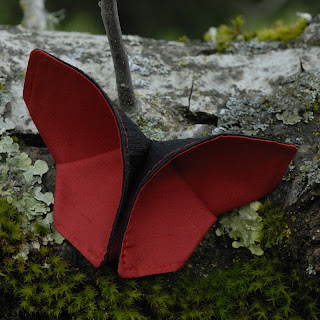 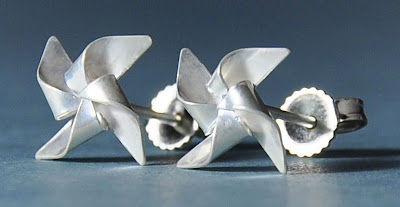 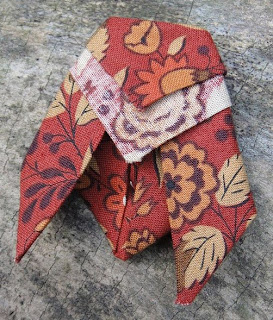 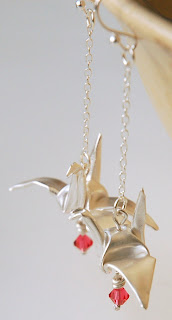 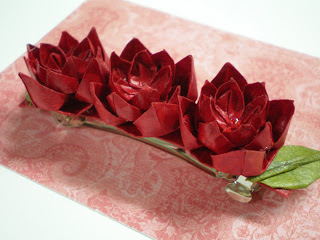 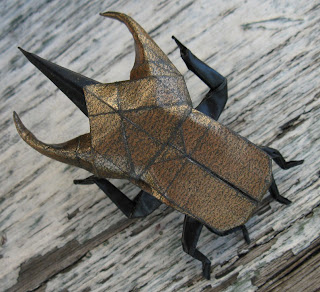 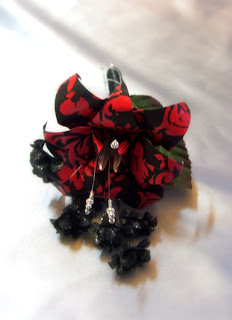